You are here: Home / Blogging / Getting Started Vlogging Using Your Smartphone

Vlogging can be challenging, scary, technical, but it doesn’t need to be. More people are starting to create video using just their smartphones. Let’s take a look!

Yes, despite my shyness and allergy to being on camera, I am vlogging. I’m not saying I am good yet, just that I started and people seem to be enjoying them 🙂

Blame @chrisbrogan I'm attempting video blogging. If you want a laugh at me, or like #3dprinting check it out. Guest starring Ollie T Cat. https://t.co/mR7bOCO3Lg

Another reason is it is fun.

(I am getting back to blogging here, especially as I am looking forward to Rafal’s forthcoming new StudioPress theme …)

Fact is, some topics really do lend themselves more to video, plus there is no better way than video to connect with a community.

Since I started I have gotten a bunch of questions, and they will take a few posts to answer, but the most popular question is which gear I am using.

My answer has changed from listing what I have and use, to suggesting what YOU should start with.

And that is your phone.

Your phone is an ideal start as a vlog camera.

You have it on you most of the time, the camera itself is likely more than “good enough” even if it is a couple of generations old, and if you do want to spend a little money, you can make it go from ok to pretty darned good.

Best of all, with a couple of tricks, you can produce an entire episode right on your phone …

Just use the camera feature on your phone and get comfortable with it. You don’t even have to upload to YouTube at this point.

Find a nicely lit spot, record, and check out what you have captured. 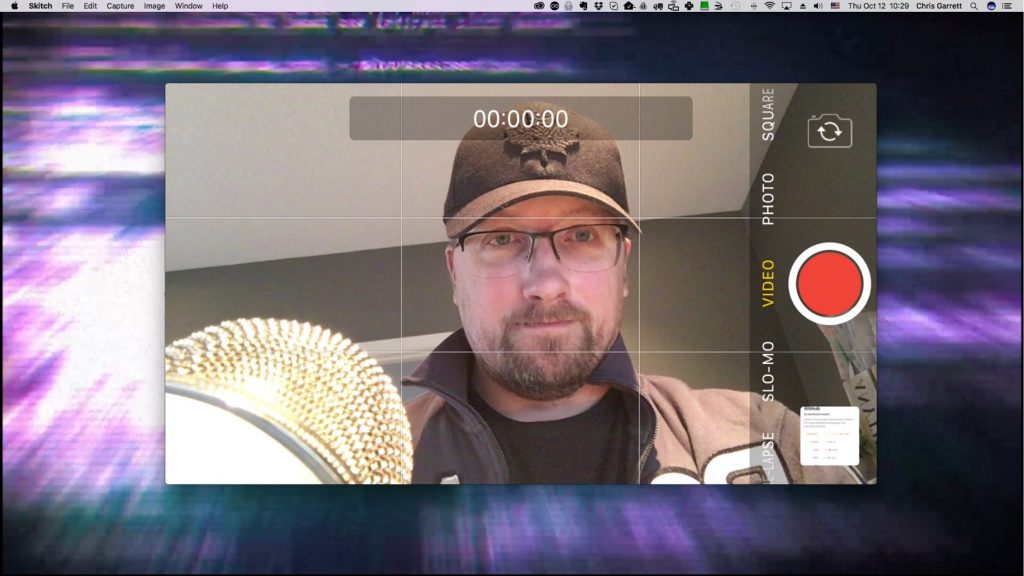 Remember you can edit out anything you don’t like. There are a ton of 3rd party video apps, and of course on iPhone there is iMovie which is more than good enough for the purpose.

A good first purchase is a tripod for your smartphone. It allows you to have a steady shot by planting the camera somewhere stable, but also with these flexible kind, you can use it as a kind of monopod so the camera doesn’t need to be all up in your face when speaking into camera. 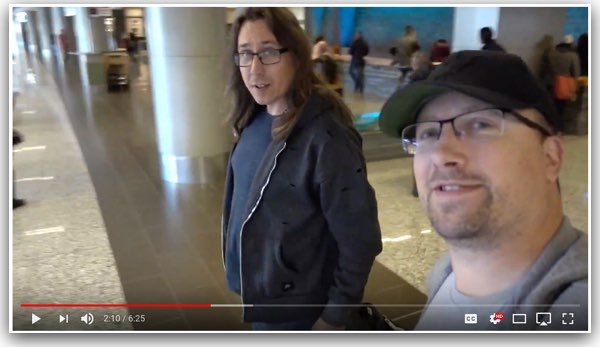 The one I got has a little bluetooth remote, even more convenient. They can be bought dirt cheap, like $5 cheap – there’s no reason not get something like it.

Want to know the secret behind the top vloggers cinematic feel? If you really want steady shots, especially while moving, then you need one of these guys:

(Hopefully that will point to the timestamp where the comparison begins)

A lot of people feel that sound is the most important aspect. There are three choices, in increasing cost and quality:

I got this guy for my iPhone and I got the Rode with 3.5mm jack for my DSLR, but it could also be used with a smartphone if your phone still has an audio jack if you use a gimbal like suggested above 😉

My initial test of the Shure was a fail on my part – I didn’t realize my phone case was so bulky it made the lightning connection to the mic not snug. Works a lot better when the phone can actually talk to the device!

That said, I think the greatest benefit will be had outside – in my office you can not really tell a great deal of difference between audio inputs (I will keep testing though).

Think you could benefit from sharing more video? Go on, have a go!

If you are nervous, keep in mind so am I, but once you get over the initial resistance it can be fun … plus you can make all of your mistakes while nobody is paying attention 😉