You are here: Home / Productivity / Why I Sucked at SXSW So You Don’t Have to 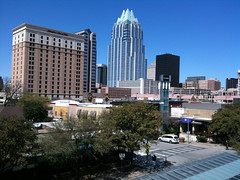 SXSW is a fixture on many a geeks calendar. It’s the biggest and wildest conference on the scene, encompassing “interactive”, film and music. My coolest friends in the UK thought it was the music festival I was attending, I didn’t have the guts to tell them I was only going to the nerdy bits, ha.

On the face of it, the attraction is lots and lots of panels and presentations about all kinds of diverse topics, plus a trade show where you can get to talk to exhibitors. What SXSW is really famous for, though, is the parties and the get-togethers. Austin is a party city at the best of times apparently, SXSW just even more so.

Many people go to conferences on a “mission”. To get a job, land a contract, meet a-listers, get JV partners, date or just party. I was always in two minds about going until I was offered a place on a panel, but that fell through so in the end I booked with the intention of going to meet existing friends and make some new ones.

At one point I was supposed to give two talks, in fact. Neither happened. Really, once I found out I wasn’t speaking I should have cancelled. The whole time I was there I was worried about what was happening at home. My daughter had just come out of hospital and my head wasn’t in the right place anyway, being thousands of miles away just exacerbated that.

This is all background and gives a few insights into why I sucked so bad at SXSW, but here are some points on how I sucked and the tips I learned in the process …

1. Know Why You Are Going 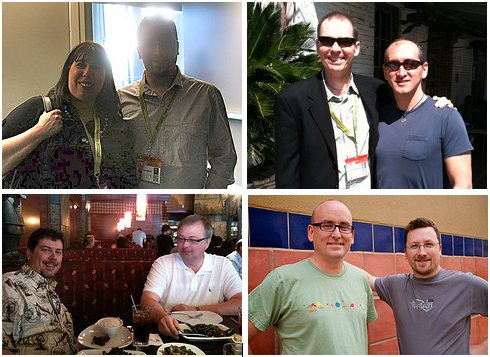 Like any ‘project’, you need to know what you hope to get out of it. You need a ‘head’ reason as well as a ‘heart’ one because you are going to be spending money, potentially a lot of money. Originally I knew exactly why I was going, it was to speak. Then I wasn’t going to speak but I figured I would just hang out and maybe could still do some things to help the impending launch of the second edition of our book. Without the speaking I was essentially going to be spending a couple of thou for a meeting or two, to catch up with friends, and a whole bunch of parties, which meant my business brain is worrying where the ROI is. Luckily my friends are totally worth it and all the new people I met were awesome, completely worth their weight in gold. [Strangely the words ‘Totally’ and ‘Awesome’ seemed to keep coming out of my mouth a lot while in Austin]

Don’t suck = Know exactly why you are going and make sure you achieve it.

2. Get Your Head in the Game

I am not the most outgoing of people at the best of times and, as I said earlier, my head was a bit of a mess. This meant that if Deb (shown above) had not encouraged me to be sociable I would have likely missed out on meeting all the cool people I did meet. Yes I wanted to see new people, but thinking about doing something and actually doing it are two entirely different things. Really I knew my daughter would be just fine and my feelings of guilt were just me indulging in self-pity, I should have put my mind to what I should have been doing instead.

Don’t suck = Do what you set out to do, and get a friend to help you.

3. Enjoy Yourself, But Not to Excess

Thankfully, this one was more observed than something I did myself. As many of the SXSW writeups show, there were a few well known folks getting absolutely wrecked in pitifully hilarious and public ways. There is no “what happens in vegas” rule in Austin. It’s full of smart phone equipped social media types. The risk of your antics staying with you are great. Not only that, with a hangover you are not going to enjoy the next day. I did have a couple of drinks, and not being hardened to alcohol and jet lagged it is possible I got a little tipsy, but I am happy to say I remember most of the parties in detail, heh.

Don’t suck = Eat, drink and be merry. But don’t make an arse of yourself.

When I am nervous in social situations I either gabble or shut down and hide. Most of the time at SXSW I was either in gabble mode or worrying what I had said while in that mode. There are probably dozens of folks now saying “what the heck did he say THAT for??”. That sucks, but not as bad as some of the things I saw or heard about other folks doing.

One of the harsh lessons we learn at high school is that there are social cliques and most of those cliques appear cooler than the one you are in. It can be tempting to do anything it takes to break into or gain acceptance from these social circles, without realizing that in the process your desperation is self defeating. There are various symptoms of this, from one guy asking a social media guru to help you get to the front of the Mashable party line, through to a lady attempting to bump and grind against another guru so she could get … um, more friendly. Meeting new people is a good thing, and by all means introduce yourself to people who you want to meet, they will be glad to get to know you. But if people walk away, are deep in conversation, were trying to use the rest room, or start asking how to get a quickie restraining order … well, it might be time to find another target.

There were also the business psychos who were attacking any likely victims with their sales pitch with a religious fervor. By all means get a return on investment, but it is pretty crazy to beat people over the head with your agenda and kill your brand in the process. While I am not a big fan of business cards, and there were a few occasions where people asked me for one and I had to write my contact details down, the only business card I actively promoted was Jonny B Truant’s just because it rocked so hard.

Don’t suck = There are plenty of cool people to meet, if someone doesn’t walk to talk to you, don’t do something desperate to get their attention, instead find someone more friendly and talk to them.

5. Be Where the Action Is

I was at a pretty decent hotel, but it was too far out of the action. Luckily the R&R Hotel Shuttles were friendly and efficient, so I did manage to get in and out of the conference ok without spending more than I needed to on taxis (which were also fair and friendly it must be said). Where normally I would be able to escape to recharge my social battery and take disco naps, I found the one hour round trip meant every time I nipped off to escape, I missed something important. This actually turned out to be a good thing because it forced me out of my comfort zone and to mix in the bloggers lounge where I met lots of new people, people who I knew from Twitter but not in person, and lovely people who I had met before but not caught up with in a while. Lucky I did make it to the bloggers lounge as the only session I managed to see at the convention center was Darren’s about the Problogger Book, and I knew what he was going to say 😉

Don’t suck = Rather than being a coward like me, get stuck in. Try to get a hotel right in the thick of things so you can take up every opportunity. Leave your comfort zone at home, you won’t be needing it.

I have (un)intentionally missed out many of the ways I sucked at SXSW, I am sure you can remind me. Plus I am sure you have tips for making the whole convention experience much better. Go ahead and share your thoughts in the comments right now …