You are here: Home / Marketing / How to Turn Visitors into Raving Fans 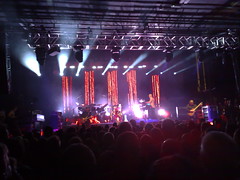 Yesterday I wrote about how you can identify your Sneezers and Linkerati. Essentially these people are incredibly valuable to you because they are your advocates. They spread your message, defend your honor and if you do a good enough job of nurturing them, become your all-round raving fans.

How do you grow your readers from first time visitor to long term fan?

It doesn’t happen over night, or at least not very often. I am sure there are many ten year olds who walked out of the first Star Wars (episode 4, not that Jar Jar rubbish) a raving fan, but most of us can’t hope for that kind of impact.

Let’s first take a look at this evolutionary process:

Obviously in some cases people will skip steps or do some items all at once. I have found blogs before and subscribed after only reading one post because it was that good (and some times regretted it).

How can you get someone to go from #1 to #10? By consistently providing value. Even better, by routinely delighting your audience.

You have to identify your audience, find out exactly what they want and need, and deliver it perfectly.

That’s a tall order, but exactly what you need to aim for.

Every single interaction, every post, every discussion, every mention of your name absolutely positively has to be the best it can be.

Create something truly valuable rather than a vehicle for your own greed.

We are all human and therefore fallible. This means we will make mistakes. Because of that extra effort needs to be applied to a) avoid mistakes, b) make good apologies and c) make up for mistakes by performing even better next time.

It helps if you are genuine, approachable and friendly. People are much more willing to overlook the foibles of someone they feel they have a personal connection with.

You might recognize the picture at the top of this post, I have used it before. It is from a Marillion gig. You could say I am a raving Marillion fan. That band has seen more of my fan-money than any other but perhaps more tellingly, more blog article inches than any other 🙂 I like them because they are all about their fans, they value and respect their fans and their fans repay them tenfold. Plus they are really nice guys. That’s an example we all need to follow.

Customers are made by creating something valuable, but long term raving fans are created by going that bit farther and building something truly remarkable and making sure each fan knows they are appreciated and valued.

Imagine scenarios where you would be a fan, or the opposite. Think of your own experiences as a consumer …

When was the last time you felt truly valued as a customer? Have you ever told someone else about a great product, blog or service without being prompted? Why have you been an advocate and when have you not recommended something even though it was “good enough”?

It’s about respect, value and making connections. What can you do today to start the process?

Are you a raving fan? Tell us all about it in the comments …